An Epidemic Asthma is one of the fastest growing chronic conditions in the United States with over 15 million Americans affected, including 4 million children. The death rate from asthma has increased more than 66% since 1980, with a record 6,600 annual deaths attributed to asthma. Asthma is the #1 cause of hospitalization for children in the United States, and 250,000 deaths are attributed to the disease each year.

Those numbers are not declining; in fact, they are surging. The number of asthma cases per year doubled from 1994 to 2009, according to the American Lung Association, and the number of people who succumbed to fatal attacks doubled from 1979 to 2009.

What is an Asthma Attack?

An asthma attack is caused by an inflammatory response which causes constriction of the bronchial tubes, making it difficult to breathe. An asthma attack can be triggered by different types of irritants such as dust, pollen, aspirin, cockroaches, perfume, stress, dust mites, pet hair, and food additives. Although these things may trigger the attack, they are not the primary cause of the attack. Research has shown that there are several factors that contribute to asthma, including the recent increased use of antibiotics and vaccines.

Conventional treatment includes the use of bronchodilators, steroids and allergy desensitization shots to ease the symptoms of asthma. Many of these approaches do help control asthma; the problem is often in the usage of them. With the advent of inhaled steroids in the early 1990s, thousands of people began taking high daily dosages that often last for a lifetime. Plus, a study of nearly 50,000 elderly people in Canada found that prolonged use of inhaled steroids markedly increases a person’s risk of glaucoma, a leading cause of blindness.

Many physicians believe that a focus on bronchodilators as the only therapy is inappropriate because it merely treats the symptoms rather than addressing the cause of asthma. Treatment for asthma should include a comprehensive program that emphasizes healing and prevention, rather than simply addressing the symptoms.

A properly functioning nervous system should be the first priority in solving asthma since it is the nervous system that controls all of our bodily functions. The nervous system works by sending and receiving messages or impulses to all parts of the body. Breathing is controlled by centers in the brain, the main one being the respiratory center. From here, the nerve impulses are sent to the respiratory muscles, causing them to expand or contract. Nerve impulses also control the tone of the bronchial tubes. The sympathetic system opens or dilates the bronchial tubes, and the parasympathetic system closes or constricts them.

The nervous system is protected by the spine; therefore, when the spine is in its proper position, it protects the nerve pathways. But when vertebrae become misaligned, interference to the nerve impulses occurs — which reduces the overall functioning of the nervous system and of the particular organ to which it is assigned. Research has shown that an imbalance in the nervous system that supplies the bronchial tubes may be one of the causes of asthma.

Chiropractors have never claimed that they can “cure” asthma and other related conditions and not all cases of asthma are caused by spinal stress — but scientific research has demonstrated that correcting subluxations does restore and improve respiratory and immune function, which improves conditions like asthma. A study that was published in a Holland Medical Journal reported that out of a group of 115 families with asthmatic children, 73% had utilized Chiropractic care for the asthma and 92% of the families reported that Chiropractic was beneficial for their children.

If you or someone you know suffers from asthma attacks, give Keystone Specific Chiropractic a call at 610-741-6700 and schedule a complementary consultation. We may be able to help.

*This blog is a summarization of “Asthma and Chiropractic” by Keith Wassung. Click here to read the full article. http://conta.cc/1dHYHR4 .

We don't just get you relief, we get to the root of your health issue. 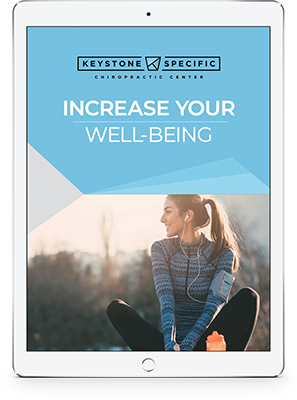